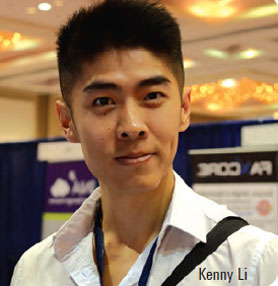 Kenny Li, CEO
One of the most aggravating aspects of the cloud Infrastructure-as-a- Service (IaaS) industry is the lack of adequate resources to compare offerings and providers. Given this gap, difficulties for businesses in selecting cloud providers are compounded. This scenario is about to change, bringing along a dramatic impact on the market, especially for public clouds. Once customers can identify which players are offering the most value, market shares could change quickly.

This is where Boston-based Cloud Spectator comes in. As the name suggests, the company’s mission is to monitor and observe the IaaS provider ecosystem and publish performance and pricing metrics that analyze specific groups of providers. This enables apples-to-apples value comparisons. “The issue is that end users are able to realize significantly more value on certain providers as compared with others. While some performance inadequacies can be conquered by scale, the question then becomes, how many more VMs do you need on provider A than on provider B to get application performance to where it needs to be? These differences have a substantial effect on cost,” explains John Vlacich, CMO of Cloud Spectator.

Cloud Spectator is the leading provider of IaaS performance metrics. Its CloudSpecs Benchmarking System automatically measures virtual server performance of IaaS providers using over 40 tests. The mix of open-source and proprietary tests utilized in the system are programmed to run three times per day, 365 days a year, and measure everything from overall system performance to low-level CPU, disk, RAM, and internal network performance. CloudSpecs is currently being expanded to include application tests as well. This allows Cloud Spectator to advise businesses on which applications perform best and are most cost effective on which IaaS providers.
Past efforts in this area have been limited. There is a plethora of application monitoring solutions, but these focus on tracking uptime and response time after an application is up and running. The performance and value aspect of the frustrating pre-migration process had yet to be addressed before the company was founded in 2011. Now businesses are able to get apples-to-apples comparisons between cloud infrastructure services, leading to better decision making when selecting a provider.

The company, while still fairly young, is gaining traction from cloud infrastructure buyers, cloud providers, and other interested parties looking for ways to standardize different IaaS offerings. Its method is superior to spot testing, as performance can vary based on time of day, seasonal factors, fluctuating user profiles and more. This is why CloudSpecs has been built to continually test both on the same VMs, and with the ability to spin up new servers at each testing interval. This allows Cloud Spectator to take performance variability into account and identify more stable services. According to Kenny Li, CEO of Cloud Spectator, “Many different types of businesses are impressed with Cloud Spectator’s approach to testing and are finding its services quite valuable, understanding that this information can only better the industry.”

The brains behind Cloud Spectator expect to continue on this path, working with all parties interested in measuring, understanding, and standardizing IaaS performance and value. Cloud Spectator is focused on bringing transparency and standardization to an industry that has very little. As the market widens and more technology infrastructure moves from onpremise data centers to the cloud, Cloud Spectator will help buyers make calculated decisions to get the most out of the cloud.

Description
A provider of public cloud infrastructure performance and price-performance metrics to the IaaS provider and end user markets. 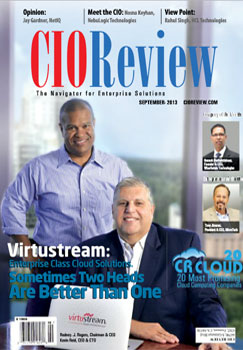