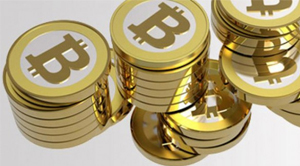 FREMONT, CA: A start up named Storj.io has come with the novel idea of using the technology behind Bitcoin transactions to create cloud storage solution. In the whitepaper titled ‘Storj: Decentralized Autonomous File Storage’ the Storj team details about the technology used. The main authors of behind the solution and whitepaper are Shawn Wilkinson and Jim Lowry.

“The open sourced project has been named BitCulumus and was born out of the desire for privacy, security, and decentralization,” writes Daniel Mestre for the website BitScan. The cloud storage solution consists of two parts. Firstly, the BitCumulus a file hosting web application that provides an interface to non­technical users and a development platform for the storage network and secondly, cryptocurrency named Storjcoin that serves as both an incentive payment mechanism and a datastore for file information and location. BitCumulus relies on client side javascript encryption to secure the file in the client’s browser.

“It uses of blockchain, or the ledger of Bitcoin transactions distributed across computers that interact with Bitcoin's network as a way to denote where files are stored in participating servers on the network,” reports Serdar Yegulalp for the InfoWorld.

According to the team at Storj, when a new user signs up, it will provide a public/private key similar in Bitcoin transaction. BitCumulus then transfers the encrypted file to 3 separate locations on the network. Every time the user uploads, it gets recorded and a storage -spot will be created and confirmed on the blockchain. In this procedure, third parties will not be able to access the files due to the public/private key structure.

The project has yet to come out fully developed but it seems to have opened new alternatives to the conventional cloud storage.

Considerations While Dealing with Threats to Wireless Security

How Iot Solutions Are Reshaping The Oil And Gas Industry?

Everything You Need To Know About Non-Destructive Testing Techniques...