Cloud Providers In The U.S. To lose Billions On PRISM

Cloud Providers In The U.S. To lose Billions On PRISM 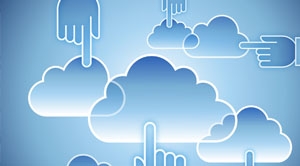 Brussels: After the PRISM scandal by the National Security Agency, the cloud computing industry in the U.S. is expecting to lose around $35 billion in revenue over the next three years, reveals a survey by the Information Technology and Innovation Foundation, a Washington D.C. based think tank.

With this revelation, most of the cloud service providers like Google Amazon and Microsoft residing in the U.S. is reportedly provide an opportunity for their foreign competitors to seize a portion of market share—which is expected to be around $207 billion by 2016.

In a similar survey by Cloud Service Alliance (CSA), a non-profit organization that promotes the use of best practices for providing security assurance within Cloud Computing, it was found that  10 percent of the foreign respondents have already cancelled their cloud project with the U.S. based Cloud service providers and 36 percent of the U.S. respondents  were said to be afraid of doing their business outside the country, because of the PRISM revelations.

According to Neelie Kroes, the European Commissioner of Digital Affairs, "If European cloud customers cannot trust the United States Government, they won't even trust U.S. cloud providers either.” The report also says that both before and after revelations of the NSA's PRISM program became public, the European leaders and politicians have raised an apparition of government snooping on American cloud services.

Considerations While Dealing with Threats to Wireless Security

How Iot Solutions Are Reshaping The Oil And Gas Industry?

Everything You Need To Know About Non-Destructive Testing Techniques...