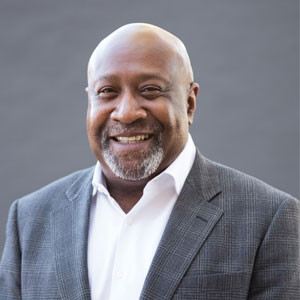 Julian Waits, SR., CEO
BYOD has changed when, where, and how we work. We’re more aware, better informed, and more effective. But with these productivity benefits comes a fast-growing risk—a consequence of having less control over enterprise data access and security. BYOD devices like smartphones and tablets are vulnerable to malware from insecure apps, email, or web browsing. When these devices connect to a corporate network, they often bypass the inbound security filters applied to corporate devices, providing a path for malware delivery. Similarly, BYOD bypasses outbound filters, elevating compliance risk. Lost or stolen devices further expose corporate assets to unauthorized access.

“The problem isn’t just BYOD,” says SAIFE CEO, Julian Waits. As a consequence of cloud migration, virtualization, third-party network access, and IoT, along with BYOD, the concept of a well-defined, locked-down security perimeter is no longer valid. “The security tools organizations are using today were designed for a perimeter that no longer exists,” continued Waits. “It shouldn’t be a surprise that data breaches continue to outpace investments in security.”

SAIFE has developed a solution for today’s dynamic perimeter that enables personal devices, or any endpoint, to securely interact with corporate network resources over the internet. Extending the concept of a Software Defined Perimeter, SAIFE creates and enforces agile micro-perimeters in real-time that secure the entire path from user to application, device to service. Data is end-to-end encrypted, connections are indecipherable, and network resources are hidden from unauthorized or unauthenticated users.

For Julian Waits, protecting people has been a life-long mission. Inspired by his father, a Baptist minister, Waits himself was ordained at the age of 16. As President at SAIFE he is bringing the same values into the play. “As the world becomes more connected, it becomes smarter, more productive—and more vulnerable. Our job is making it SAIFE,” says Waits. Headquartered in Tempe, AZ, SAIFE is doing just that: redefining security for today’s dynamic perimeter by enabling safe, secure communications over the internet for BYOD, as well as for client-to-server, server-to-server, and gateway-to-gateway use cases.

As the world becomes more connected, it becomes smarter, more productive— and more vulnerable. Our job is making it SAIFE

“Market education is our immediate objective,” says Waits. “Many organizations are complacent, continuing to place their trust in traditional defenses like Network Access Control (NAC) solutions, Virtual Private Networks (VPN), and firewalls, but those solutions have proven ineffective for today’s increasingly complex and interconnected world. Our biggest competition is the status quo.”

SAIFE’s solutions are an alternative to VPNs and firewalls, and substantially reduce financial risk from data breach by hiding high-value network assets from view of would-be attackers, effectively reducing the enterprise attack surface by as much as 99 percent. VPNs allow users to “connect first, then authenticate,” which is akin to opening the door to your house and allowing someone in before asking who they are. SAIFE, on the other hand, requires users to authenticate before they are allowed to connect. They not only can’t get in the door, they don’t know where the door is to even try.

One client was breached twice before implementing SAIFE. Their environment included both on premise and cloud-based applications. Users accessed these applications from vehicle-based windows laptops, office-based workstations, and personal tablets and smartphones. Independent penetration testing identified over 30 open firewall ports onthe corporate network. “These were open doors with a ‘welcome mat’ for attackers to mosey on in and exploit the network,” explains Waits. When the SAIFE solution was implemented, all open firewall ports were closed, eliminating a significant vulnerability.

BYOD has moved the network perimeter. SAIFE has re-invented security to protect it. 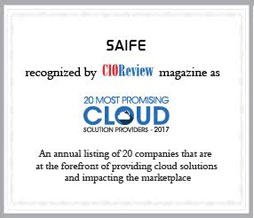 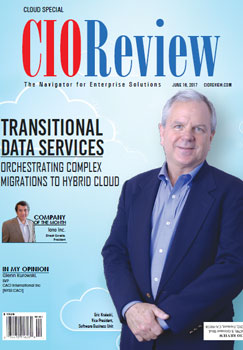