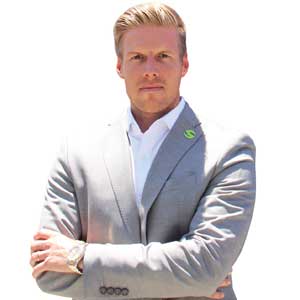 Ben Ferguson, Vice President & Network Architect
The potency of a business today is largely dependent on scalable cloud-based technologies. Nonetheless, while the dynamic functionalities of the cloud have given modern businesses unprecedented access to hyper-scalable infrastructure, machine learning, and AI capabilities, these technologies have also raised concerns with regard to IT orchestration, governance, and financial forecasting. More often than not, CIOs of large companies have limited knowledge on the ways to optimize cloud usage and save cost. The C-suite, therefore, expects vendors not only to help them along their digital transformation journey, but also assist in managing their cloud as well as combat challenges that persist long after the initial implementation. This is where Shamrock Consulting Group has been able to make an impact in the cloud landscape.

Ben Ferguson, vice president and network architect of Shamrock, says, “As a leader in the cloud space, our vision is to remove all the complexities associated with cloud procurement, connectivity, and management.” Adhering to their vision, Shamrock carefully vets the top performing tools in the market to ‘cherry-pick’ leading-edge cloud management solutions and deploy them at a very competitive price point.

When discussing cloud migrations, Ferguson also points out the drawbacks of the current industry practices involved in moving massive legacy applications to the cloud. Most cloud solution providers employ a method wherein clients expend hundreds of dollars per hour to manually rewrite the code and convert legacy apps into cloud-ready templates, “an arduous, expensive, and error-prone process,” deems Ferguson. Shamrock effectively tackles these migration challenges with their automated cloud management software which can convert any virtual machine that runs on Linux into Azure or Amazon Web Services (AWS) template in a matter of minutes.

A major breakthrough for Shamrock has been its cloud cost management software. Ferguson explains that while a clear understanding of cloud usage and its spending would help a company in making smarter investment plans, most CIOs do not possess the ability to understand the pattern of their cloud usage. “Our cutting-edge software tools have the ability to comprehend the costs incurred department-wise or project-wise,” he says, “and to accurately predict future investments.”

Our cutting-edge software tools have the ability to comprehend the costs incurred department-wise or project-wise, and to accurately predict future investments

Along with the ability to predict future costs, another interesting trend that Ferguson sees is the utilization of reserved instances (RIs)—the reservation of committed future cloud resources and capacity. Although the deployment of RIs can be a powerful cost saving tool, the uptake of RIs to-date has been relatively low for several reasons: the most crucial reason being the financial challenges that deter companies from paying hefty RI resource fees. As a result, most businesses still prefer using the ‘pay-as-you-go’ model for their cloud resources, even though paying up front could result in significant savings. Shamrock effectively solves this predicament through its partnership with Blue Street Capital, a partnership that provides financing to companies for their large RI purchases on AWS and Microsoft Azure.

With such noteworthy capabilities, Shamrock serves some the largest and most successful enterprises around the world. Ferguson notes how Shamrock helped a large media company in China, for instance. The media house had a large user base and was struggling to improve their performance. Alongside, the company also wanted to migrate their big data to the cloud and overcome the regulatory challenges. Shamrock utilized the company’s existing content delivery network solution to build an in-region cloud in China. This approach not only helped the media company tackle all their regulatory compliance challenges, but the local cloud presence also aided them in significantly increasing their performance.

One of the factors that has helped Shamrock over the years is their tight-knit environment and sustained thirst for innovation. To that end, Ferguson concludes, “New product solutions around IT financial modeling and friction-less governance, with more formalized processes, are all in the pipeline for Shamrock.” 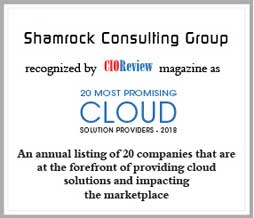 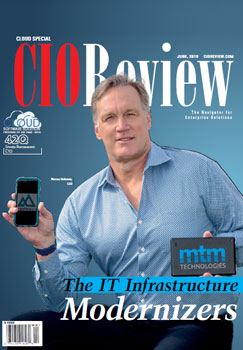