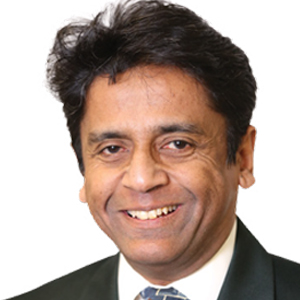 Tarique Mustafa, Founder, CEO, & CTO
For every organization, data is ‘gold’, and in the current digital era, this ‘gold’ is being eyed upon and looted by cybercriminals frequently. In such a scenario, data breaches, identity thefts, and information frauds are making huge headlines in every industry. Yet, organizations are slow in moving beyond network security issues and adopting robust information security strategies. Tarique Mustafa—a security enthusiast—says, “While the security market is overwhelmed with several innovative tools, most of them are expensive, lack standardization, efficacy, and importantly are unreliable.” According to his observations, the first, second, and third-generation security solutions were much harder to develop and implement compared to the network security solutions currently available in the market. As information theft rises at an alarming rate, Mustafa was encouraged to build a dynamic security solution that led to the cornerstone of GhangorCloud.

Mustafa also draws attention toward the current scenario of the cyberattack landscape and stresses how artificial intelligence (AI) along with machine learning has aided the attackers. Case in point: today, many cyber criminals and nations are launching advanced persistent threat (APT) attacks, which only take a maximum of a few microseconds to infect a network and steal data. However, on the defensive front, the best machine learning algorithm available in the market takes about one second to detect and prevent such attacks. “AI and machine learning-based warfare have transformed the cybersecurity landscape into asymmetric plane where the defensive side is losing the battle.

Our platform has redefined the nature of the problem altogether and changed the asymmetric nature of cyber warfare into symmetric, in the favor of the defender

But, our platform has redefined the nature of the problem altogether and moved the asymmetric nature of cyberattacks into symmetric, in the favor of the defender,” says Mustafa. Subsequently, GhangorCloud leverages the power of deep AI in its platform to provide an elevated advantage to cyber defenders against the cyber criminals.

With such a comprehensive range of security technologies incorporated into one single platform, GhangorCloud has earned a well-deserved customer base in multiple verticals. The company has been delivering solutions to IT organizations, pharmaceuticals, government agencies, and hi-tech companies for intellectual property.

Once, one of its clients, a multi-billion dollar electronic design automation company, experienced a major breach in its clients’ intellectual property. The client approached GhangorCloud for assistance, and after deploying GhangorCloud’s fourth-generation solution, the client realized that the previously installed solution associated with third-generation was ineffective and inefficient against cybercriminals. “The client then became clear as to how our information security and DLP platform differed from other solutions available in the market and adopted it instantly,” states Mustafa.

To further enhance its current security platform, GhangorCloud is now moving toward implementing 5th generation cybersecurity technology. The firm is also working on establishing several partnerships with analytics organizations and expanding its presence in Europe, Africa, and Australia. However, currently, GhangorCloud is highly focused on releasing two new versions of its fourth-generation solution to render best-in-breed security solutions to its clients across the globe. 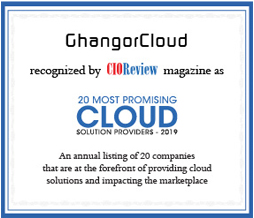 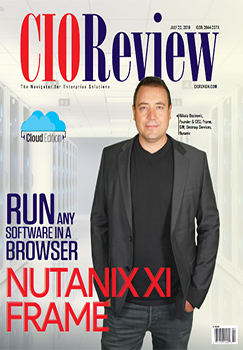